History of the Show 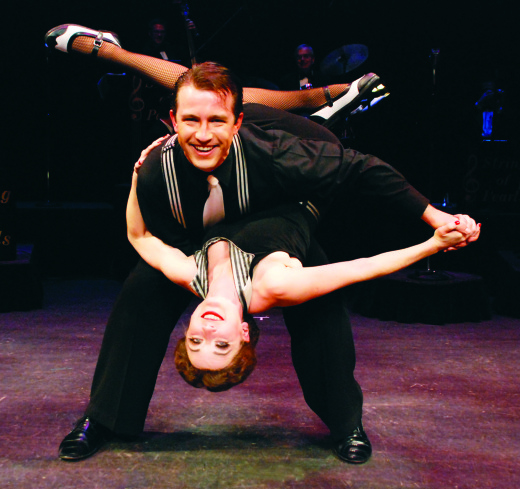 IN THE MOOD began as a celebration of an unusual era in American music, the 1940s…the Swing era. On radio, in theaters and ballrooms, the Big Bands were drawing record crowds. Vocal groups and soloists sang a repertoire of great songs, and for the last time in the 20th century, the entire country shared a common popular music. This body of song did much to sustain national morale during World War II, the pivotal event of the ’40s. The National Archives in Washington, DC brought IN THE MOOD to their audiences as part of their commemoration of the 50th Anniversary of WWII, and the response was extraordinary, with crowds lining up for hours before curtain time. The engagement was twice extended.

In 1993, the Archives presented a repeat performance, out-of-doors on Constitution Avenue. Thousands attended, and many stayed to dance the night away. As a result, IN THE MOOD, in affiliation with the USO, began a series of tours which played to audiences across the U.S. The show’s association with the National Archives and the USO was altogether appropriate, for much of the underpinning research was drawn from resources of these national organizations. In 1997 it was indeed an honor for the IN THE MOOD Singers and Dancers and the String of Pearls Big Band Orchestra to be selected as part of the entertainment for one of the Inaugural Balls at the 53rd Presidential Inauguration for President and Mrs. Bill Clinton.

IN THE MOOD has visited Europe, New Zealand and Canada as well as 4 national tours of Australia.   Thousands of people have seen IN THE MOOD worldwide.

IN THE MOOD will continue to portray the spirit of the music that moved the nation’s spirit for audiences throughout the United States and overseas. IN THE MOOD is a testament to the music and lyrics of America that is timeless.